Composer Notes on The Seven Last Words of Christ 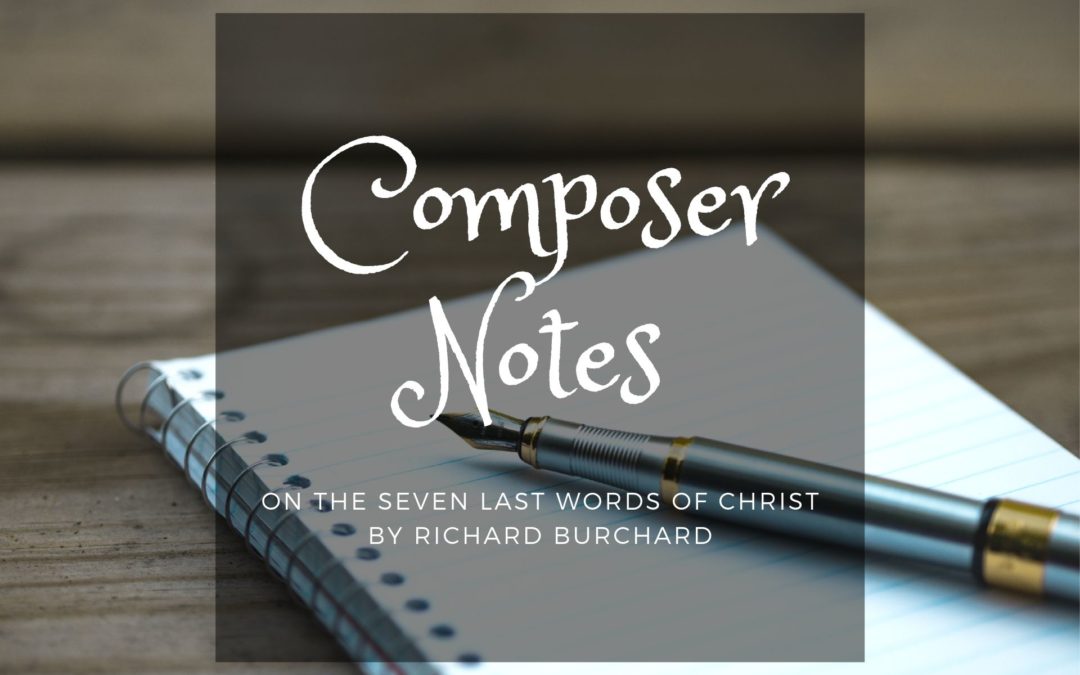 I remember vividly the first time I read the story of the crucifixion. I was still a child, and the imagery is as powerful to me today as it was then. In setting the Seven Last Words, my intent was to capture my connection to the story, evoking emotions of love, fear, sorrow, hope, betrayal, agony, and ecstasy.

The Seven Last Words is darkness; it is light. “Daughters weep not for me” imagines the story from the vantage point of the Angels, setting a somber tone that transitions to the dirge-like treatment of the First Word. This is the procession to Calvary, as Jesus implores “Father forgive them for they know not what they do.” His cries of suffering are intertwined with moments of serenity. The music depicts his fragility and devotion, his confusion and disorientation, as if drifting in and out of consciousness: “Today you will be with me in paradise” (Second Word) and “My God, why have you forsaken me?” (Fourth Word). Equally powerful is his mother’s anguish. She is helpless and destitute with pain and grief as she bears witness to her son’s destiny: “Woman, behold thy son” (Third Word). The remaining movements reveal desperation in “I thirst” (Fifth Word), the inevitable in “It is finished” (Sixth Word) and hope in a situation of despair as Jesus hangs his head and says “Father, into thy hands I commend my spirit” (Seventh Word).

Each movement of The Seven Last Words is marked with a slow tempo indication. The dark and somber nature of the piece will be lost if any one movement is taken too fast. The Fifth Word may be sung a cappella, as it was originally written and premiered that way. The accompaniment merely doubles the voices and is not vital to the performance, but rather an option.