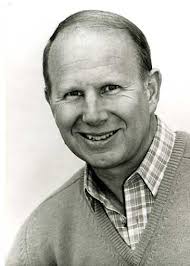 The memories of Fred bring a smile to all our faces.

Fred Bock was one of the most recognized and respected leaders in the church music world. He was a noted composer, arranger, clinician, studio musician, organist, pianist, choral director, and music publisher.

While still in Graduate School at the University of Southern California, he became founder and Director of Publications for the music publishing division of Word, Inc. He held this position at the young age of 24. After seven successful years at Word, he resigned to start Gentry Publications, an educational music company. Ultimately, Fred guided and expanded his business interests until several publishing companies were formed, the two largest being Gentry Publications, publishers of music for school and concert use; Fred Bock Music Company, publishers of church music for choir, organ, piano, and instruments. Through the years, Fred also acquired the Raymond A. Hoffman Company, a 65-year-old publisher of operettas for elementary school use; the H. T. FitzSimons Company, publishers of the time-honored Hamelle edition of REQUIEM by Gabriel Faure; and Fox Music Publishing.

But Fred was more than a businessman. He was Minister of Music at Hollywood Presbyterian Church, where he served for 18 years. Before that, he served as Minister of Music at Bel Air Presbyterian Church in Los Angeles for 14 years.  In 1976 Fred served as the Editor of Hymns for the Family of God, a revolutionary collection that he began conceiving 15 years earlier. This hymnal has sold over 3 million copies. Fred was a keyboard-recording artist for both the secular and religious markets. He delighted in being the conductor of the Candlelight Christmas Concerts in Disneyland, which involved two 1,000 voice choirs, a 50-piece orchestra, bell choir and soloist, and thousand in the audiences. His work as a studio musician can be heard on dozens of films and television shows, numerous recordings, and one very Haunted Mansion in Disneyland, USA.


Fred lived with his wife Lois in Los Angeles. He passed away in July 1998 from complications following surgery. He leaves a hole in the lives of his family which includes Lois, Stephen, Jonathan and Sandy. For those who knew him personally, he is remembered for his keen sense of humor, his joy, his music and his deep faith in God. The memories of Fred bring a smile to all our faces. His music lives on through his recordings, his compositions and arrangements.

Stephen Bock serves as President of Fred Bock Music Company, a job he completely enjoys.  After graduating from Occidental College, Mr. Bock spent fifteen years in the television and film business, working as a writer, producer, and editor on many award winning documentaries and network specials.  Following the untimely death of his father, Fred, Stephen returned to the family business in 1999 and has been there ever since.  He says that his tenure in the music publishing business has been a “thrilling ride and I’m glad to be working with such universally talented and nice people.”  He has served as  President of the Church Music Publishers Association from 2009-2010.  Mr. Bock resides in Los Angeles, with his wife Lisa, daughter Kaylee, son Alexander, and two annoying dogs who deserve no other attribution based on their behavior this morning.

Allan Robert Petker is a composer/arranger with more than 250 published works. He is the President of Pavane Publishing which he founded in 1989.  He also serves as the Vice President of Publications for the Fred Bock Music Group including Fred Bock Music, Gentry, National, FitzSimons and Hinshaw Music. He conducts three auditioned chorales: Consort Chorale (San Francisco), Santa Clarita Master Chorale, and Los Cancioneros Master Chorale, (Los Angeles).  Internationally, he has guest conducted choirs in England, Korea and France and led concert tours throughout Europe, the Baltic and South America.

Richard Nichols is currently the Choral and Instrumental Editor for Fred Bock Music Company and Epiphany House Publications in addition to serving as Professor and Chair of the Department of Music at Sterling College. His musical background is quite diverse with areas of expertise in teaching, performing, composing, conducting, recording and publishing. He has served as a professor of music, as a performer with several major symphony orchestras in the US and abroad, as the director and editor of music publishing companies, as a conductor of choirs and orchestras, as a producer and director of commercially released recordings and as a composer of over 150 published compositions.

Bradley Ellingboe is well known as a composer and arranger of choral music, with over 150 pieces in print. His “Requiem” for chorus and orchestra has been heard in Carnegie Hall, Lincoln Center and in Prague, Bratislava and Budapest. “Star Song” for chorus, tenor solo and orchestra was premiered in Lincoln Center and Great Britain in 2014. He has won annual awards in composition from ASCAP (American Society of Composers, Authors and Publishers) since 2000. Ellingboe is editor of Choral Music for Sundays and Seasons (Augsburg Fortress Press, 2004) a compendium of sacred choral music. He is also well known as an expert on the vocal music of Scandinavia, and particularly the songs of Norwegian composer Edvard Grieg (1843–1907). His editions of Grieg’s songs: 45 Songs of Edvard Grieg (1988) and A Grieg Song Anthology (1990) are both published by Leyerle Publications. For his work on making the music of Norway better known among English-speaking singers, Ellingboe was awarded Sankt Olavs Medaljen by His Majesty, King Harald of Norway, in 1994.  He has curated the choral series Music for the Church Year (Neil A. Kjos Music Company) since 1996. In 2017 he also became Senior Editor for National Music Publishers.

Edwin M. (Ed) Willmington is the Director of the Fred Bock Institute of Music of the Brehm Center for Worship, Theology and the Arts, and Composer-in-Residence at Fuller Theological Seminary.  As the institute director, Ed serves several roles. Among these responsibilities are teaching graduate level classes related to music and worship and serving as mentor to students who lead the Fuller Seminary Chapel ministry. Previously, his professional career has included serving as Worship and Arts Pastor at Scottsdale Bible Church in Scottsdale, AZ for 22 years, Editor/Writer for Good Life Publications, Worship Pastor at College Avenue Baptist Church in San Diego, CA and Professor of Music at Point Loma University in San Diego. In 1995, he created Shepherd’s Staff Worship Music for the purpose of making available resources for worship planning. Ed is the composer/ arranger of more than 100 published works, served on the Advisory Board for The Hymnal for Worship and Celebration, and has been the recipient of many ASCAP awards for his contribution to church music.  Ed serves as the Editor for Jubal House Publications, which allows him to encourage musicians, authors and theologians to think creatively when creating resources for the church.

William P. Carroll (DMA, University of Cincinnati College-Conservatory of Music) is Professor Emeritus in the UNCG School of Music. On the UNCG music faculty for 29 years, he served as Associate Dean, Chair of the Vocal Studies Division and Director of Choral Activities.  He has served as Editor for Hinshaw Music since 1997, fostering relationships with some of the top choral composers in the world, including John Rutter, Dan Forrest, Frank Ticheli, and hundreds of others.

How To Reach Us